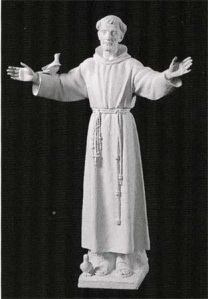 Dr. Donald Toomey is my mom’s dad. He is not her biological father, and I don’t know when I learned that but it never made any different – he was always Grandpa, her dad, etc.

I wish I knew his story better and will hopefully get to spend some time with Grandma this weekend to learn it more thoroughly. I know that I have a photo album of his time as a WW2 photographer (he enlisted before he was 18 because he believed in serving); and the photos are amazing – some taken right before (and in) the Nuremberg Trials.

I got to go to their 50th Wedding Anniversary in 2001, where my Grandma could not stop talking about the kiss “he planted on me” on Friday night.

He did not go to my high school graduation, and he told me it was because everyone did that but that he would come to my college one (which he did). I thought it was funny then, and I think it is funny now.

Grandpa had a PHD in Geology (Grandma drew the pictures – meticulously) for his thesis. He was a learned man, and spent his retirement making young artists famous in New Mexico with his journal articles. He wrote a book about 19th Century California Missions and especially the influence of Father Junipero Serra I remember him showing me the system in his library – all the books standing up were the ones he had read, and the ones laying down were on his “to-read” shelf.

In 1999 I discussed a book on Revelation that attempted to read it as 3 scrolls; letters, worship, and war. 9 years later he and I began writing letters to one another and he asked me to send him the book. That is how thoughtful and intelligent he was.

My grandpa has weaknesses. I think he would have wished for a degree in psychology to heal all of the wounds in his own family. At the same time, he did not sit idly – he loved well when and where he could. I would be surprised and disappointed if any of us doubted his love and willingness to offer whatever he could when needed. Probably that could be said of most grandparents, but his personality was such that it was an ever-present reality when you were with him. The sense of love – even without lots of words.

I received my Masters of Divinity Diploma in December, and walked last week. Of all of my grandparents, he would have been the most proud. They were all proud, but he is the most learned. My brother has a PHD in Philosophy – and that is in no small part related to our grandfather.

He is famous for his retorts following someone sneezing. The first sneeze would generally go unrecognized, but the second received one of 2 responses, “Oh, wipe it off the walls!” or, “Once more and we’ll vote on it!” And if you sneezed a third time, you might hear, “Oh shut up!” Said in fun.

Grandpa died in 2009 in his office. He was in the house with the only woman he ever loved, he went peacefully. I think my rememberance/mentoring is this: Grandpa loved well. He loved his wife, his daughters, learning. If he was my only mentor I think I would be okay.

Shortly after he died, Grandma sent me one of his sculptures – of St. Francis. St. Francis means a lot to me, but he means more because I believe this sculpture was on Grandpa’s desk. Thanks Grandma.

As a grandson it is especially wonderful to think about how well he loved his wife and how well he loved my mom. It still makes me happy, even as I wish I could have more time with him. Thankfully, I’m confident I will get that time eventually.